Nea Moudania
One of the more urban of the towns of western Halkidiki, with a population whose grandparents were refugees from Asia Minor in 1922. Both winter and summer Nea Moudania is a vibrant, busy place, with banks, shops, cafes, bars, as well as the fishing museum. There are plenty of attractive places to eat, and some good ouzo bars with fine views of the sea. There is now also a programme of arts events during the summer, bringing in more and more visitors each year.

Nea Potidaia
Formerly known as the Gateway to Kassandra, in ancient times Potidaia was at the heart of the political life of Halkidiki, along with the other ancient city of Olynthos. Nea Potidaia was founded in 1922 by refugees from eastern Thrace. It holds an important strategic position, controlling the two bays, the Thermaic and the Toronaio. The channel cut through the peninsula at this point was mentioned by the ancient geographer Strabo in the 1st century AD, and was reopened in 1930. The modern town is a busy tourist resort in summer, with a long beach, lots of bars and tavernas at the seaside, hotels with all amenities, shops catering for the tourist trade, etc.

Sani
This was the site of the ancient Sani, a member of the Athenian Alliance until the 1st century AD. The modern Sani is a luxury resort with hotels along the seafront and private villas set back among the pine trees. One of the most impressive features is the Byzantine tower on the headland, once belonging to the Stavronikita Monastery on Mt. Athos, now the venue for the summer arts festival**. Archaeologists believe the headland was the site of the acropolis of the ancient city.

Nea Fokaia
Built by refugees from Asia Minor in 1922, the town is a busy resort with a picturesque harbour, with tavernas along the waterfront and some cafes where one can watch the fishing boats return from the sea. The most imposing feature of the town is the tower of Agios Pavlos, built up on the hill in 1407. It was a dependency of the Agios Pavlos monastery, and served as the headquarters of Emmanuel Papas in the uprising of 1821.

Athytos
Also known as Afytos, the town is built on a rock with steep slopes down to the water and is one of the most attractive places in Halkidiki. References to Athytos date back as early as the 1st century AD. Until the 14th century it appears in documents under the name Afetos. The older part of the town lies around the Aghios Dimitrios church (1857) and along three main streets, two of which end at the church. Most of the houses are of two stories, and fall into two main types: the broad-fronted house with a rectangular ground plan, and the square structure with a square ground plan. The Habezeika quarter is worth a visit, full of traditional houses. The prehistoric mound known as Koutsomylos (now the site of a wine bar), the remains of the ancient walls and the traces of an ancient quarry all indicate that ancient Afytis was founded in the mid-8th century BC by colonists from Halkida. This city too was a member of the Athenian Alliance, and was responsible for the sanctuary of Zeus Ammon**, of Dionysius and the Nymphs.

Modern Athytos attracts many visitors, from Greece and abroad. Its central square features the Aletra building, home to a folklore museum**, while all along the outcrop of rock on which the town is built there are tavernas, cafes, shops and rented rooms. The town also has a number of hotels and traditional guesthouses** offering pleasant and comfortable accommodation.
Just half a kilometer outside the town there is a road leading to the western side of the peninsula and to Kassandreia (+4.7km).

Kallithea
The village probably took its name (‘fine view’) from the beautiful vista to be enjoyed from the main square. The same square is the location of the Church of Agios Nikolaos. While you’re here you should visit the temple of Zeus Ammon**, which had links to the ancient city of Afytos**. In ancient times there was a cult here of Zeus Ammon, the greatest of the Olympian gods, which was served by this temple dating from the second half of the 4th century BC. Modern Kallithea is a magnet for young people and all those who enjoy a lively nightlife**. The town is full of night clubs, bars and tavernas, as well as banks and shops selling folk art, jewelry and clothes. There are plenty of hotels and rooms to rent. A point to remember: the main traffic lights in Kallithea are often the scene of heavy congestion, since this is the main junction for roads to both eastern and western sides of the peninsula.

Kryopigi
Kryopigi, also known as Pazarakia, is built on a hillside 1,200m from the sea. The history books only mention it once, as suffering during the troubles in Kassandra in 1821. It is worth leaving the car for a walk in the little streets of the village, above the main road, and visiting the little square with its stone houses and tavernas. The town has a number of hotels, rented rooms, camping sites and children’s summer camps.

Polychrono
This is an old village, known since the 18th century, which is now a popular tourist resort. The site of the ancient city at Yeromoiri makes an interesting visit, with remains from classical and archaic times. Polychrono is very lively in the summer, with a long beach** and lots of tavernas and bars along the coast road. Three kilometers west of the village, at 300m above sea level, you will find Mavrobara Lake**, a site of considerable ecological interest. It was declared a protected natural monument in 1997 and is the only wetland with both rare species of the Emydidae turtle. There are walking trails around the lake, with natural springs and lots of rare plant life to admire. From Polygyros there is a forest road running 6.5km to the western side of the peninsula, coming out at the village of Kassandrino**.

Hanioti
Probably built on the site of the ancient city of Aiyi (or Aiyai), in the summer months Hanioti is a lively resort with contemporary hotels, rented rooms, restaurants and pizza parlours, ouzo bars, beach bars, shops selling jewelry and folk art, discos, patisseries, etc. From Hanioti you can take a road to Nea Skioni** and Agia Paraskevi**.

Pefkohori
Also known as Kapsohora, Pefkohori was the site of the ancient city of Neapolis. A densely populated village with a cosmopolitan atmosphere, it has excellent hotels and rented rooms. Along the coast road and in the little streets of the village are a host of restaurants, bars and patisseries, supermarkets and other shops. The village is also home to some children’s summer camps and a diving school. About 4.5km from the village there is a dirt track leading to Glarokavo**, a beautiful natural harbour.

Paliouri
The village is said to take its name from the paliouria, a plant which thrives in the area. It is located at the bottom of the peninsula, near the site of the ancient city of Theramvos, mentioned by Herodotus, which lay between Chrouso and Arapi (an elevated point with a panoramic view). The southernmost promontory of Kassandra is known as Kanistro and lies 8km from Paliouri. It was the site of a temple of Apollo Kanastreos, built in the Ionic order; one of the original capitals is embedded in the wall of the Chapel of Agios Nikolaos. There are daily sailings from Chrouso taking visitors on a cruise of the Bay of Toroni**, and it is also an excellent location for diving.
There is a 6km road through the pine forest, with amazing views right and left of the Kassandra coastline, which brings you out at Agia Paraskevi. At the 4th kilometer along the Paliouri-Agia Paraskevi road you will find a hotel complex**.

Agia Paraskevi
The village is best known for its healing springs, whose sulphur-rich waters are believed to help in curing various ailments. The spa is 5km outside the village.
Three kilometers along the road to Nea Skioni is the little church of Panayia Faneromeni, a dependency of the Agia Anastasia monastery. It has paintings of saints and an impressive, miracle-working icon of the Virgin. The history of Panayia Faneromeni goes back to the 16th century, when the present village did not yet exist.
On its site stood another village known as Tsaprani. According to tradition the Virgin herself chose the site for the church, close to the sea. It is said that a stone was once taken from the sea with the face of the Virgin painted on it, and a liquid flowed from it whenever something bad was to happen.

Nea Skioni
The village was formerly known as Tsaprani, and stood at the site of that name, 3km or so north of the modern village. Its present name is a reminder of the earliest of all the colony cities of Kassandra. It was a member of the Athenian Alliance. The modern village is a tourist resort with hotels, tavernas, ouzo bars, cafes and a pretty little harbour. On the road towards Kalandra you will come to Mola Kalyva, the harbour of Kassandrino. This is close to the site of the ancient city of Mendi, which enjoyed great prosperity thanks to the popularity of its wine, exported in special amphorae. The city’s coins showed the god of wine, Dionysius. The city was also a member of the Athenian Alliance.

Kalandra
A beautiful village with old stone houses. Documents from Mt. Athos relating to a dependency of the Heilandariou Monastery indicated the presence of a village here as far back as the 14th century. Kalandra lies close to the site of ancient Mendi, a colony founded by the Eretrians.

Poseidi
The village probably owes its name to the god Poseidon. Nearby is the headland on the western side of the peninsula which was known in ancient times as Poseidonio; the whole area belonged to ancient Mendi. The location is best known for its lighthouse, and also runs student camps for young people from the Aristotle University in Thessaloniki. There are hotels, rented rooms, beach bars, little tavernas and ouzo bars.

Fourka
A village with old stone houses and courtyards full of flowers. Two kilometers along the road to the shore is Skala Fourkas, full of cafes and beach bars, tavernas, fast food shops, supermarkets, hotels and rented rooms.

Kassandrino
Located four kilometers from Fourka, Kassandrino is a mountain village with stone houses, famous for the local meat served in its tavernas.

Siviri
A seaside resort with lots of privately owned houses, comfortable hotels, tavernas and café-bars. There are musical and theatrical performances in the amphitheatre here every summer, organized as part of the Kassandra Festival**.

Kassandreia
Kassandreia, also known as Valta, is the centre of most services in the peninsula. Its history is recorded back to the 16th century; it was an important centre for the grain trade and has a number of fine examples of vernacular architecture.
The administrative centre of the municipal area of Kassandra, it has banks, a health centre, a local tax office and courthouse. 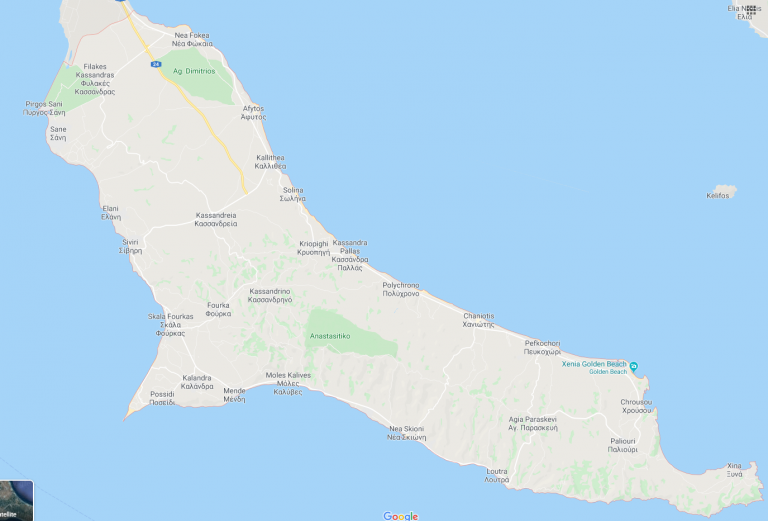 These are the villages of Geroplatanos and Palaiohora (between Agios Prodromos and Arnaia), with the small nearby settlements of Sana and Riza. Because of their

The picturesque seaside villages of Halkidiki were first home to families of fishermen. Each village had its little harbour where the fishermen moored their vessels

"Kalos Irthate" - "Welcome" to Seaview-Hotels in Chalkidiki, Greece! Come and spend your holidays in Nea…

The journey has just begun and summer holidays in Halkidiki go hand in hand with the Greek sun, the smell of…

View All Hotels in Kassandra 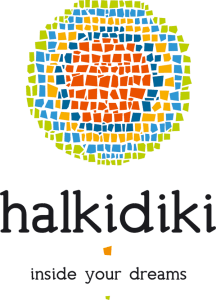